The origins of this needlework remain shrouded in the mists of time. The fine Moghul miniature paintings depict the Emperors in flowy white muslin garments with fine “white” embroidery.

Kamala Devi Chattopadhyay opines that chikan could be dated to the time of King Harsha (590-647 CE), who is said to have “ a great fondness for white embroidered muslin garments”, but no colour, no ornamentation, nothing spectacular to embellish it”.  Megasthanes, way back in the 3rd century B.C, has mentioned the usage of “flowered muslin” by the Indians in the court of Chandragupta Maurya.

This ancient form of white floral embroidery with intricate needlework and the raw thread which delighted kings and commoners vanished in between. In the 16th and 17th Centuries, it was revived in the Moghul courts. The court servants embroidered elaborate designs to the nawab’s topi or cap.

One of the histories attributes the invention of chikan to empress Nur Jahan, consort of Jahangir, who had a Persian lineage. Her interest in the craft was a trendsetter for the Mughal courts. 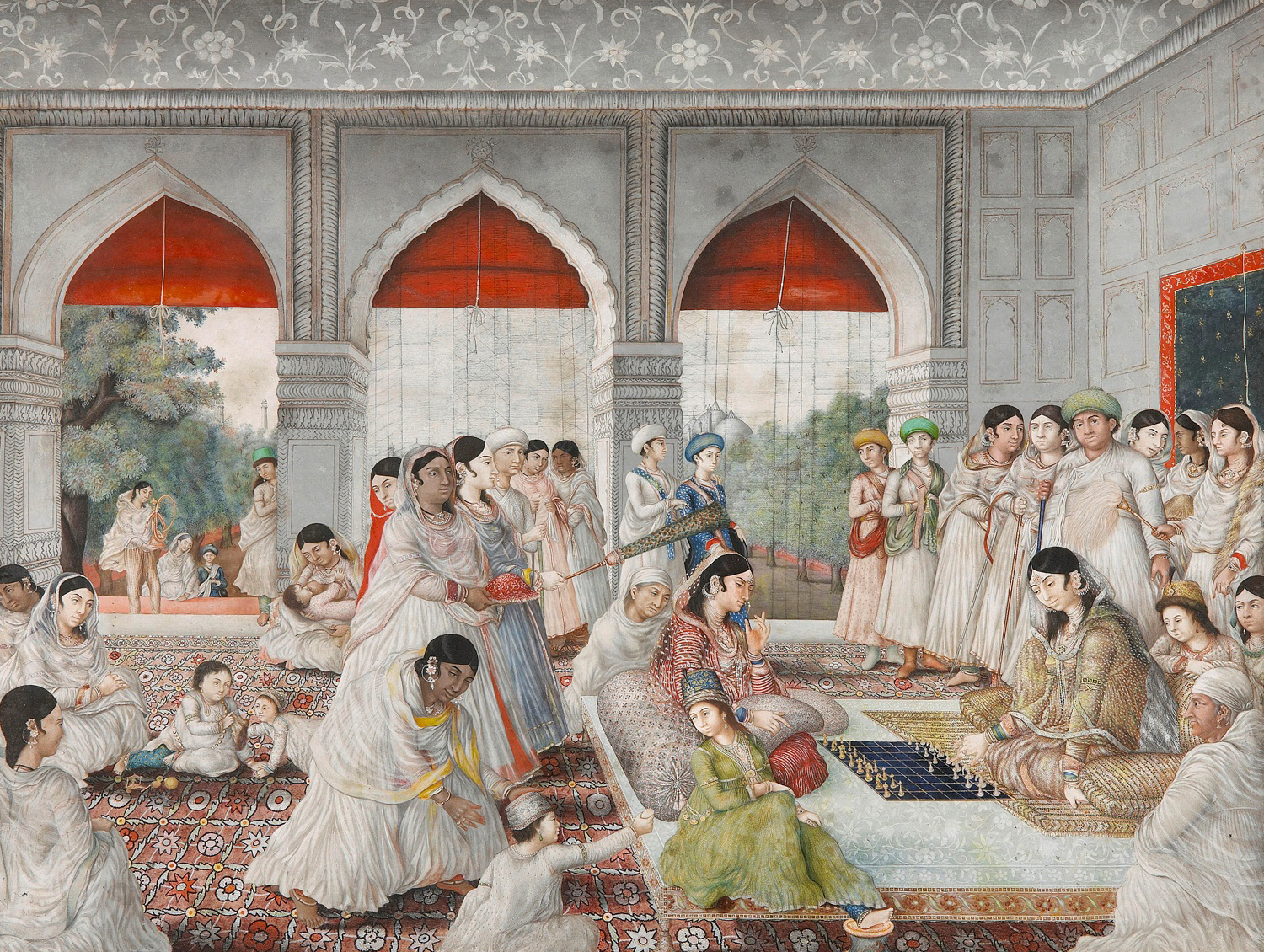 The majority of written accounts trace the art of chikan embroidery to Bengal and how the artisans migrated later to the cities of Lucknow and Awadh,  to take advantage of the courtly patronage of Nawabs.

The chikankari embroidery embellished both men and women’s garments. The embroidery was done on men’s angarkhas and chogas (tunics), achkans and kurtas, topis, cummerbands and for women, in their lehengas and odhnis. The pure white on white embroidery translated a simple white ensemble into an exotic fashion statement. During the Colonial era, the application of Chikanwork embroidery increased manifold and embellished the items exported to Britain  – from the muslin dresses, collars, table covers, runners, mats, napkins and tea covers!

The vintage patterns of chikan embroidery showcase what artistry was possible through nimble fingers, and took influence from the Persian and Moghul architecture. The jaalis of Tajmahal and the walls of the famous Imambara mosque in Lucknow have inspired the motifs in Chikankari embroidery.

The needlework of Chikan has about 32 different stitches which are used separately or in a combination.  The basic six stitches which make it unique are the tepchi (back running stitch), Bakhiya (double backstitch), hool (eyelet), Zanzeera (chain stitch), rahket (stem stitch) and Banarasi. The chikankari stitches fall mainly into two main categories – One, having a flat surface using a single thread, and the other making an embossed effect using as many as 12 threads.

In a Tepchi stitch technique, the embroidery resembles a woven effect on the fabric. Small knots which create pearl-like effects are called Phanda. 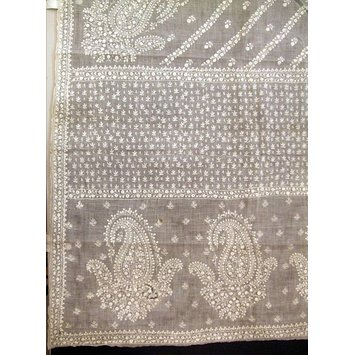 Pic : Paisley, the most popular motif in Chikankari embroidery. Garment made in 1800’s from V&A Museum collection